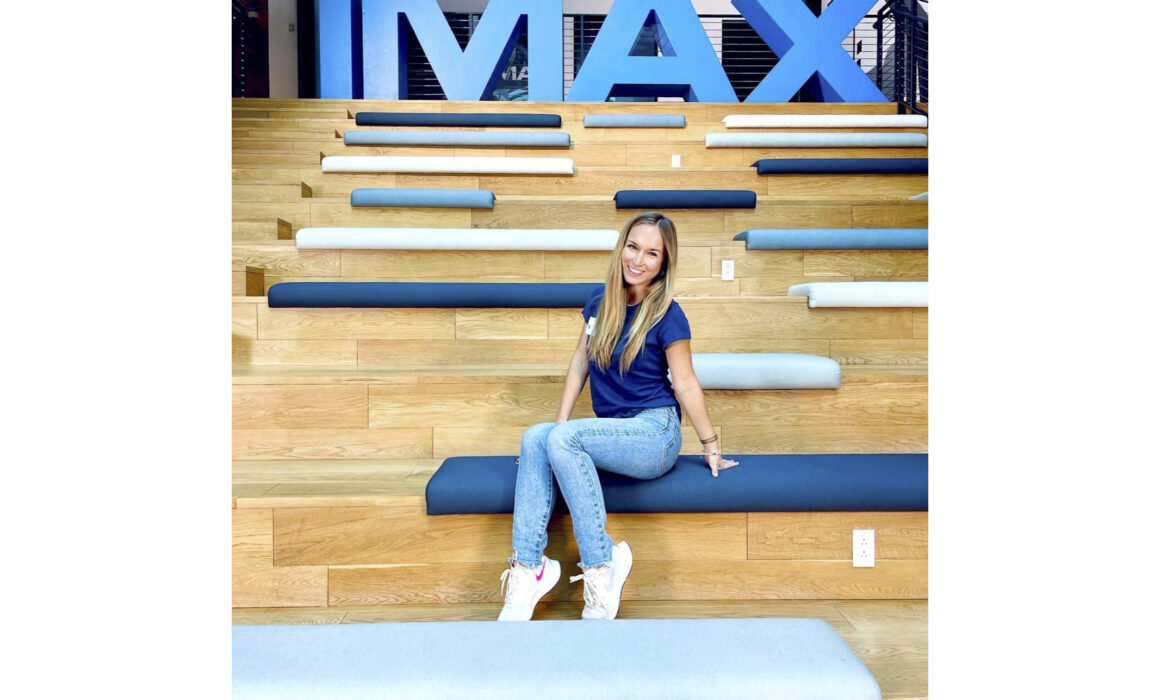 As a Los Angeles makeup artist, I had the luck of working with Tiger House Films on an interview shoot for IMAX.

About IMAX: IMAX is a proprietary system of high-resolution cameras, film formats, film projectors, and theaters known for having very large screens with a tall aspect ratio and steep stadium seating.

During this interview shoot, I worked with numerous IMAX employees. We shot in their office in Los Angeles for 1 day. I did camera-ready hair and makeup looks for everyone.

When I do camera-ready makeup, it starts with well-prepped skin,  a good moisturizer will ensure your face is set for long-lasting makeup. After the skincare routine, the next thing I need is a great primer. One of my secrets involves mixing two primers together for a magical, all-in-one concoction. By mixing the two, you’ll get a redness-reducing, color-correcting, and ultra-hydrating mixture that’s the perfect base for camera-ready makeup. The next step is finding the perfect setting powder. For the finished look I use a setting spray. Nothing will lock in your makeup longer for all-night wear than a setting spray.

I had an amazing time working with Tiger House Films and IMAX as a Los Angeles makeup artist, I hope to create a long-lasting relationship with them in the future.