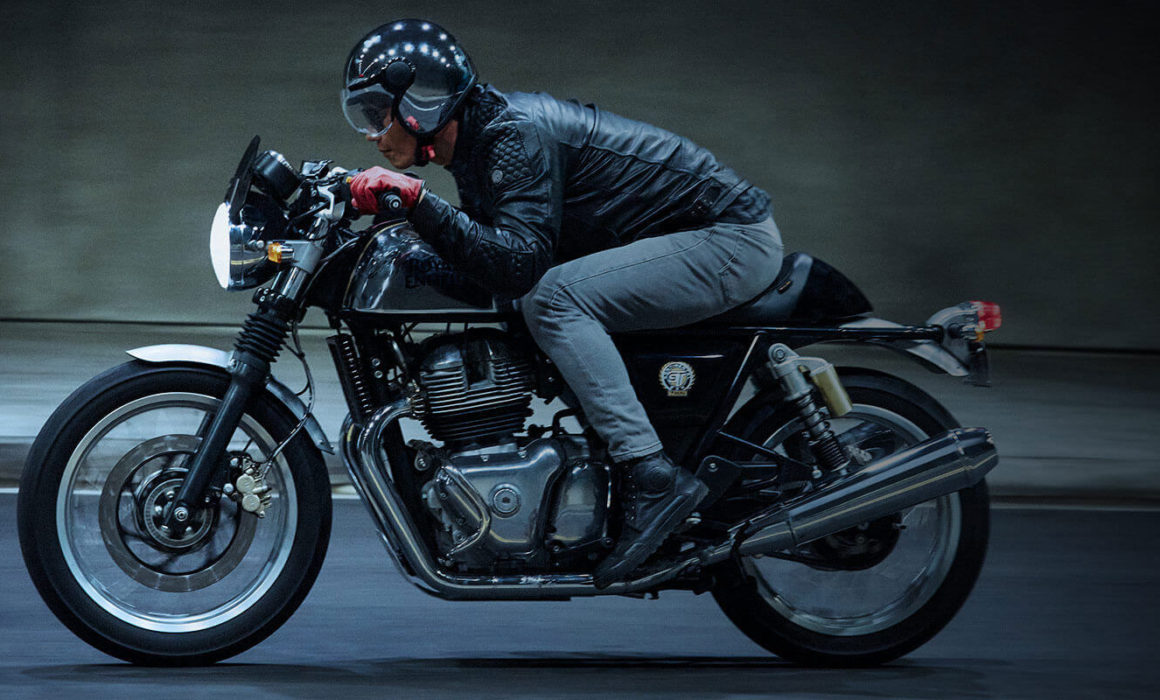 I was not only the creative coordinator in Los Angeles on this project but also did the wardrobe styling. I had 10 main casts to style. As a TV commercial wardrobe stylist I love working with a wide range of looks and stlyes that my clients request.

This international motorcycle commercial production was an extreme challenge for our production company on many levels. The end results were beautiful and made the journey worth it.

I frequently post about fashion trends on my Instagram, please visit my creative coordinator in Los Angeles page here: https://www.instagram.com/lucabuzas/ 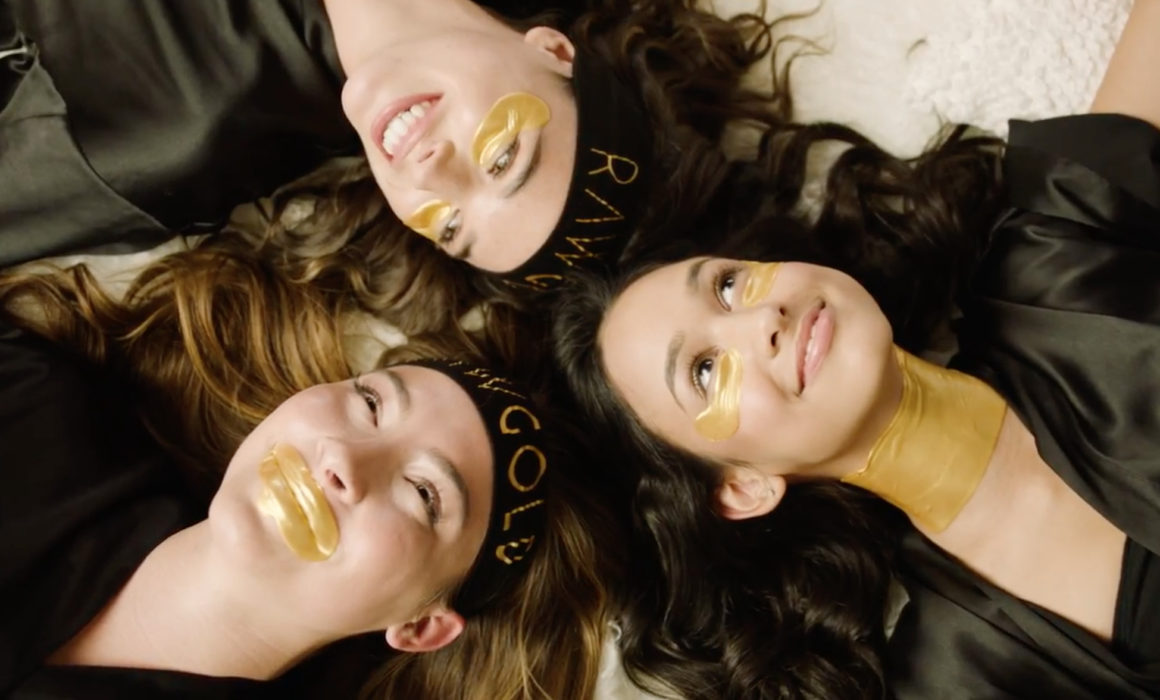 The featured cosmetic mask was the 24k Ra Gold Mask which comes in a unique syringe style tube. THF brand commercial production focuses on the benefits of applying this product to the face and other areas of the skin, leaving the surface of the skin glowing and healthy.

In one portion of our series, the models in our brand commercial productions were all asked to give their raw reactions to the product before knowing what was being handed to them.

Our video production team was able to capture some very energetic and genuine model reactions to the product, ranging from their impressions on the packaging, to the way the mask felt during and after application.

You can find our cosmetics brand video along with production Photos on the Raw Gold Cosmetics website: https://rawgoldcosmetics.com 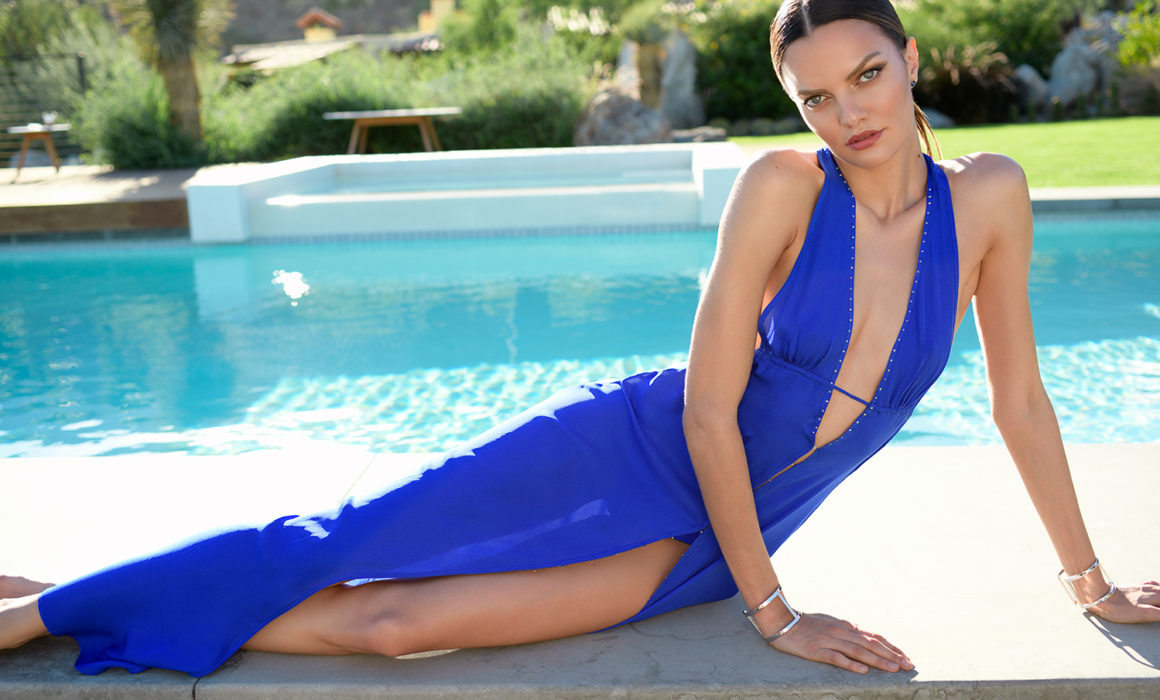 As a creative production coordinator it was a pleasure working on THF and IKARIA collaboration. This is the second time that the Tiger House Films team worked with CEO Lisa Storie and her brand Ikaria Resort Wear to produce a photo / video campaign. This fashion video production / high fashion photo shoot for Ikaria was to debut their SS18 ready to wear collection of beautiful, luxurious coverups inspired by luxury travel destinations.

Our fashion video production team partnered once again with the professional photography duo Melis+Dainon . These two talented creatives are also the casting directors on this project and brought their beauty team along for the project. Melis and Dainon took on several aspects of the pre-production as well including arranging model flights and hotel / working with the Lions Agency.

The supermodel cast by Melis and Dainon for this production was Barbara Fialho from The Lions NYC . Previous to our shoot Barbara had just finished walking the Victoria’s Secret Runway in Shanghai as a Victoria’s Secret Angel and flew from NYC to Palm Springs for our production.

Barbara is stunningly beautiful and gave the camera incredible charisma. Her ability be aware of her body and how to move for camera allowed the creative team to work seamlessly with her. The lead designer behind the new Ikaria ready to wear collection, Leah Hulon created beautiful designs for the brand that fit the location  and mood perfectly. As a creative production coordinator I loved working in conjunction with the photo and video team.

The Palm Springs location that was chosen for the fashion production was nestled at the foot of the mountains bordering the Agua Caliente Indian Reservation. The location was a triumph of modern architecture and lush landscaping set upon the natural backdrop and harsh landscape of the California desert.

Please find our fashion video along with Melis+Dainon’s Photos on the Ikaria website: https://www.ikariaresortwear.com/

To see more of my current fashion and commercial work please visit my portfolio page here:https://lucabuzas.com/porfolio-2/ 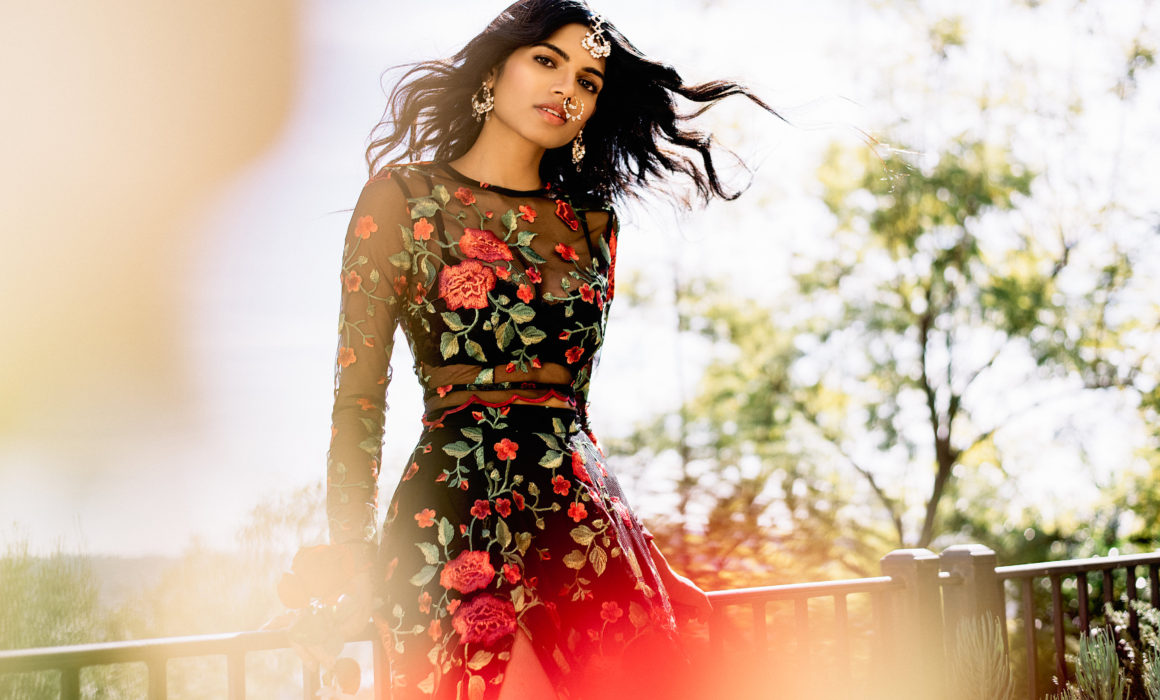 The fashion collection was inspired by a story of an inner journey from a chaotic self-image to inner peace in the garden of desire. Our model Vita Mallela flew in from New York to showcase Mani Jassal’s designs at an Italian villa in the Hollywood Hills.

This was Tiger House Films Los Angeles video production company’s debut collection with Mani Jassal. Her large social media following and rapid growth globally prove the ever-increasing demand for a brand like hers. Her aesthetic is widely recognized all across the world with her pieces being worn by celebrities and influencers like Ashanti, Nazanin Mandi, Madison Beer, Bebe Rexha, Sonam Bajwa, Gigi Gorgeous. Her clothing has also been published in international and national magazines like Vanity Fair, Vice Magazine, Playboy, Marie Claire, and Stardust.

Tiger House Films Los Angeles fashion video production team was able to capture multiple looks during our one day shoot in Hollywood. My job as a production coordinator based in Los Angeles was keeping us on schedule and making sure we shot all the Mani Jassal SS18 styles we planned capturing. Staying lightweight and mobile along with a strict shooting schedule allowed us to move around the multi-level location quickly and efficiently to give Mani the maximum production value for her collection’s photos and fashion video.

You can find our fashion video along with Rita Labib’s Photos on the Mani Jassal website: https://manijassal.com/ 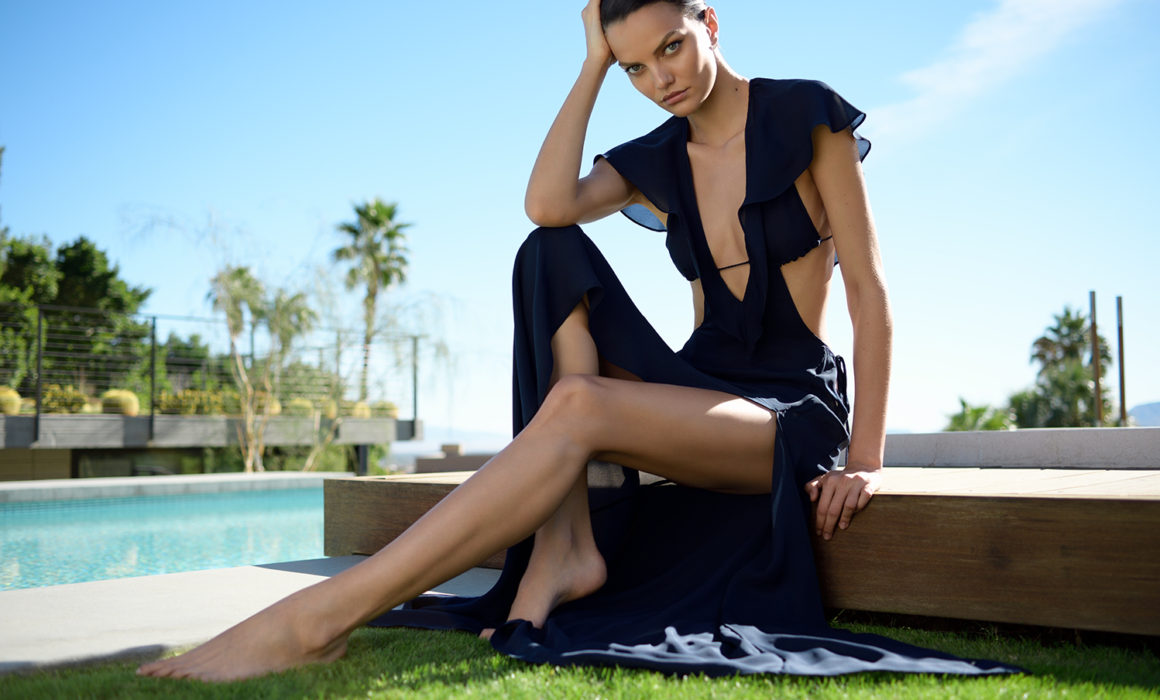 
I was involved in the project as a Los Angeles production coordinator. Tiger House Films has produced a behind the scenes brand video production for our Ikaria fashion commercial / high fashion photo shoot. The project is behind the scenes for the debut of their SS18 ready to wear collection in a gorgeous private home location in Palm Springs. Ikaria’s luxurious coverups are inspired by the jet-setting lifestyle and exotic travel destinations.

This behind the scenes brand video production captures a rare glimpse into the process of shooting our fashion video / high fashion still photo shoot productions. The technical process of the creation of these campaigns is seldom captured due to the fact that our Los Angeles production company only shows the final released and finished products for brands and agencies.

Our supermodel talent for this brand video production was Victoria’s Secret supermodel Barbara Fialho who is originally from Brazil. Our beautiful talent has incredible charisma and her experience over 15 years in the industry shined on camera . Her background as a ballerina gives her the ability be aware of her movements and balance for camera.

Tiger House Films video production team worked seamlessly with photographers Melis+Dainon to create a combination photo & video campaign for Ikaria. This is the second collaboration with Melis+Dainon and they are featured in the behind the scenes production as well.

Palm Springs is the perfect location for a high fashion video and photo production. The dramatic desert mountains provide a beautiful backdrop where nature and bright sunshine are all a part of the incredible aesthetic.

To view the new fashion video along with Melis+Dainon’s Photos on the Ikaria website, visit: https://www.ikariaresortwear.com/ 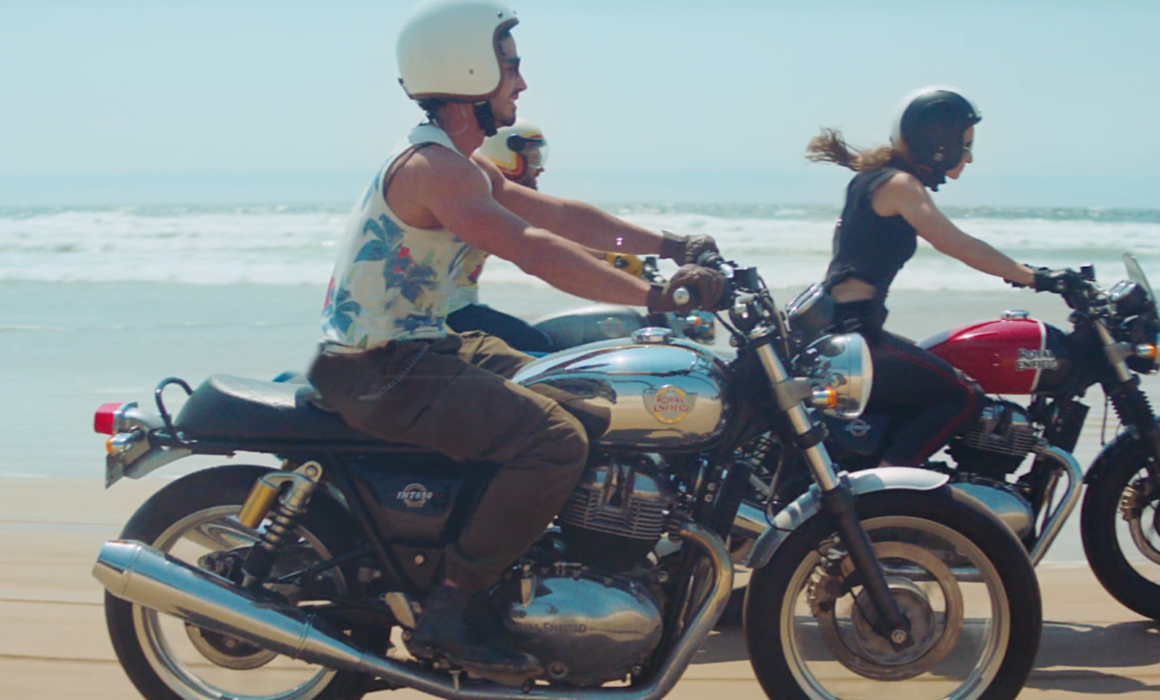 I’ve recently lent my services as a Los Angeles creative coordinator and wardrobe stylist in two commercials for Royal Enfield and Tiger House Films led a company called Storyteller.in based in Mumbai, India. Storytellers.in was founded in 2015 under the direction of Arun Gopalan. Over the last three and a half years, the company has worked on many different campaigns that have earned them some notoriety in the industry.

Since 2012, I’ve worked with many different clients from all around the world. When I had started my journey in Shanghai, I never could have imagined the immense amount of experience in fashion films, commercials, web and TV contents, and photoshoots that I’ve obtained in the last six years. Working as an L.A. creative coordinator may not be an easy task, but it’s a fun one nonetheless. 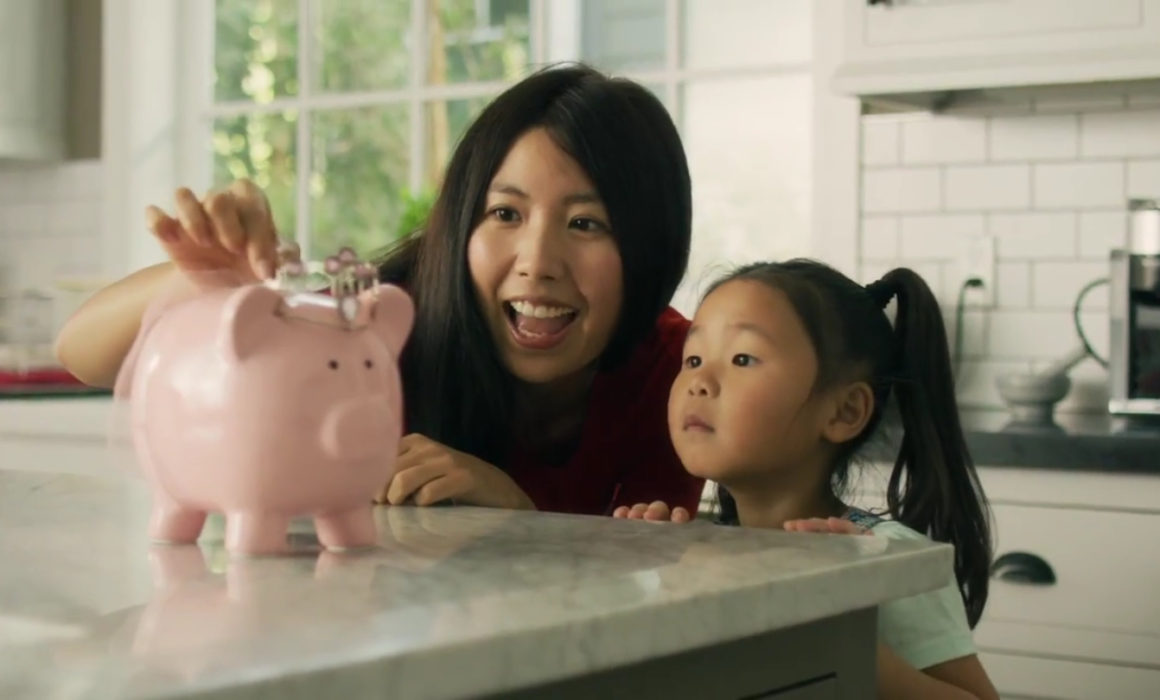 Recently I was hired as a wardrobe stylist by Tiger House Films production company for a New York Life Insurance Web Commercial. This web commercial production had a very fast turnaround and we are happy to say that our workflow with Plan C Agency executed the projects of a very high quality. I had to make sure all the talent had their wardrobe options so I was able to deliver the best to our client on the shoot days. As a wardrobe stylist based in Los Angeles, I was able to communicate with all the talent their wardrobe options very well.

Plan C is a multicultural marketing and communications agency with offices in Los Angeles and New York. Their mission is to guide brands on their path to growth through strategic planning, advertising, traditional & digital media, events, and PR.

As a wardrobe stylist based in Los Angeles, I mostly work on TV commercials, branded videos, and campaigns. I really enjoyed collaborating with the creative team on this New York Life Insurance web commercial.