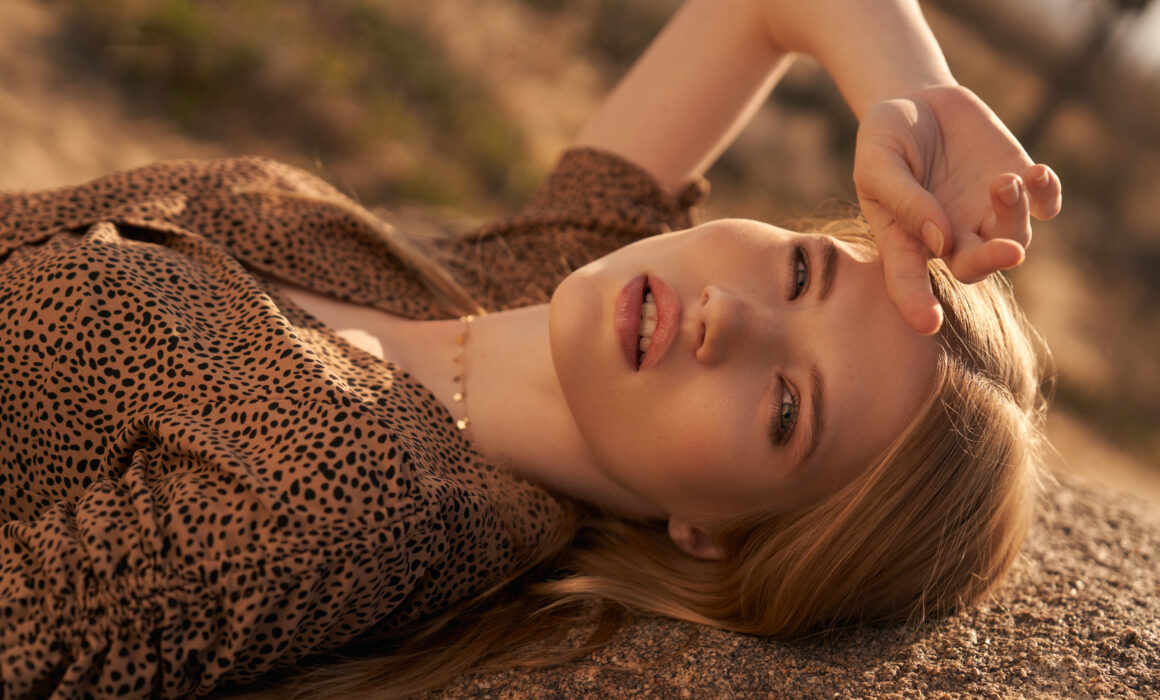 Matt Pluz is an internationally published fashion photographer based in Miami Beach, his work has been showcased in hundreds of publications such as ELLE Spain, Sports Illustrated, Forbes, Maxim,  L’Officiel Lithuania, and many more.

Ashley Shoemaker is an international model who is represented by several agencies including Elite, Muse, Freedom LA and Select Paris. Her great energy and seasoned ability to move for the camera really created a professional outcome for this photo shoot. Our digital agency in Los Angeles hopes to work with her again in the future!

Our location for this shoot was the classic California desert where so many iconic movies and shows have been shot over decades of Hollywood history.

I worked not only as a makeup artist on this shoot but I was the Los Angeles wardrobe stylist as well on this project, I borrowed the looks from L.E.R.
L.E.R. Public Relations is a full-service agency that offers public relations, branding and event production services for luxury brands within the fashion, travel, beauty / wellness, and lifestyle industries.

It was a pleasure to work with Matt Pluz and Tiger House Films on this project and hope to work with them again on another production as a beauty makeup artist in Los Angeles.

More photos from this fashion photo shoot can be viewed on my Los Angeles beauty makeup artist’s Instagram here: https://www.instagram.com/p/B99epcxBXbL/

My current portfolio of projects can be viewed on my Los Angeles beauty makeup artist page here: https://lucabuzas.com/porfolio-2/ 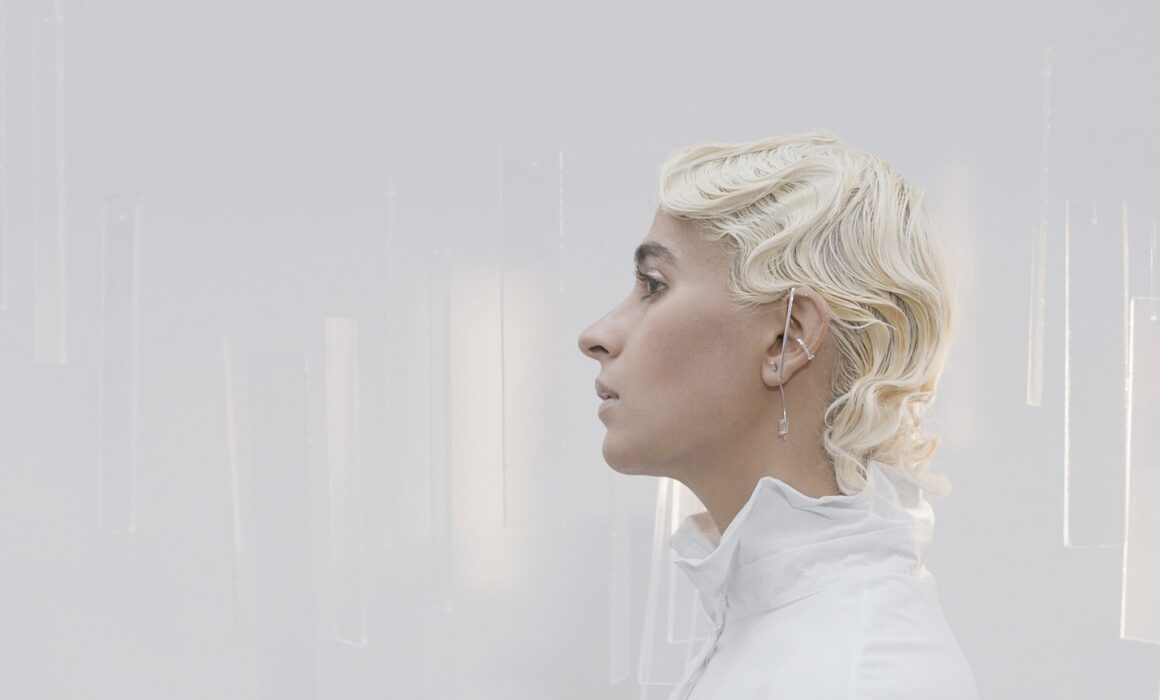 Kiran Gandhi, also known by her stage name Madame Gandhi, is an American electronic music producer, drummer, artist and activist. Gandhi’s music career includes being a touring drummer for artists M.I.A., Thievery Corporation, and Kehlani. Her music and activism focuses on female empowerment and fourth-wave feminism. Madame Gandhi is an electronic music artist and activist based in Los Angeles. Having gained recognition as the former drummer for M.I.A. and as the iconic free-bleeding runner at the 2015 London Marathon, Madame Gandhi now writes music that elevates and celebrates the female voice.
Read more about our collaboration on Billboard:
https://www.billboard.com/articles/news/pride/8548476/madame-gandhi-queer-femme-focused-see-me-thru
On Paper Magazine: https://www.papermag.com/madame-gandhi-interview-music-video-see-me-thru-2644883012.html

Our director was Ania Catherine, she is an artist and director based in Los Angeles. Taking form in films, choreography, performances, poetry, installations, photography, and combinations thereof, her work has been shown at the British Film Institute, Art Basel Hong Kong and many more.

It was a pleasure to work with Madame Gandhi on this project and hope to work with her again on another production as an influencer makeup artist in Los Angeles.

You can watch the video here: “See Me Thru”

“See Me Thru” by @madamegandhi 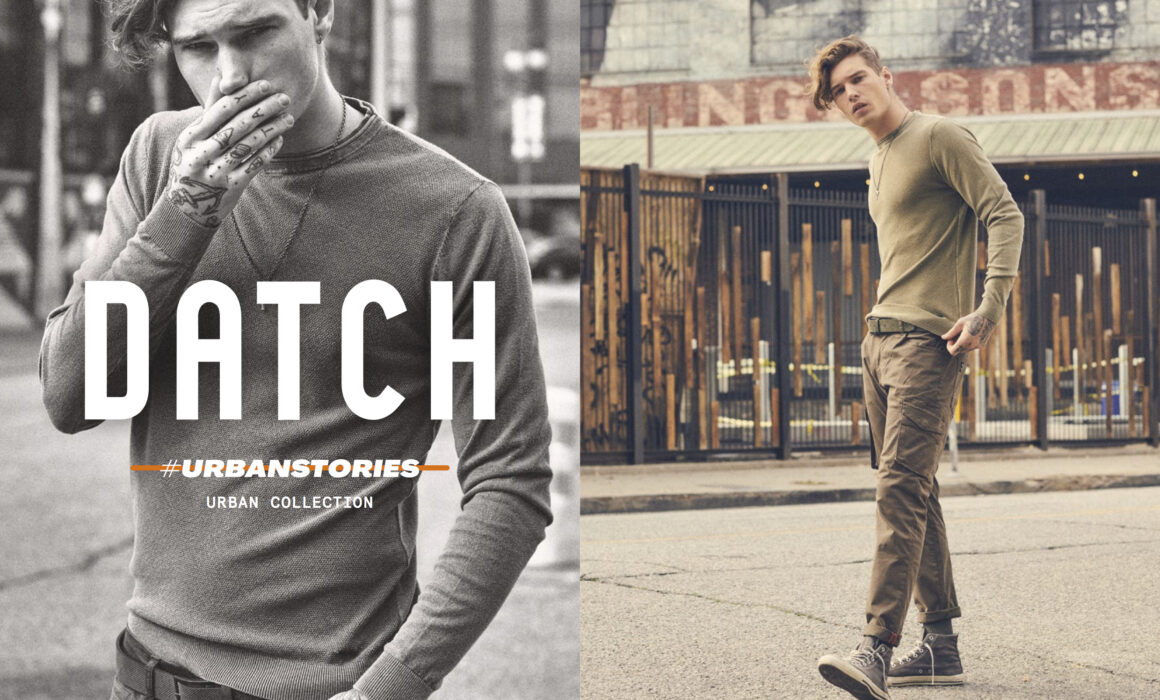 As a Los Angeles men’s groomer I had the pleasure of working with DATCH on their 2020SS print and video campaign shoot in Los Angeles, California. @hueman.it was contacted by DATCH to hire as a creative agency in Los Angeles to produce its 2020SS campaign.

DATCH creates sportswear collection for contemporary men. Streetwear is a style of casual clothing that became global in the 1990s. It grew from California surf skate culture and New York hip hop fashion to encompass elements of sportswear, punk and Japanese street fashion.

About the creative agency, @hueman.it helped the company to re-position DATCH brand on the streetwear market with the #urbanstories SS20 campaign. That is one of the reasons why the agency decided to shoot in Los Angeles, California. They curate brand strategy, creative direction, and content production.


We worked on this shoot for 2 days in Los Angeles, CA. On the first day of this shoot, we captured campaign images and on the second day, we focused on both the photo + video aspect of the commercial shoot. Our team was small yet very professional, the director and fashion photographer flew from Italy, Milan.

Our models are represented by @wilhelminamodels. Wilhelmina Models is one of the largest and most successful modeling agencies in the world, founded by Dutch supermodel Wilhelmina Cooper. Wilhelmina Models represents men, women, children, professional athletes, and celebrities. The agency has offices in New York, Los Angeles, and Miami, and affiliate offices in North America and throughout the world.

As a Los Angeles men’s groomer, I hope to work with this international team in the near future as it was an awesome experience! 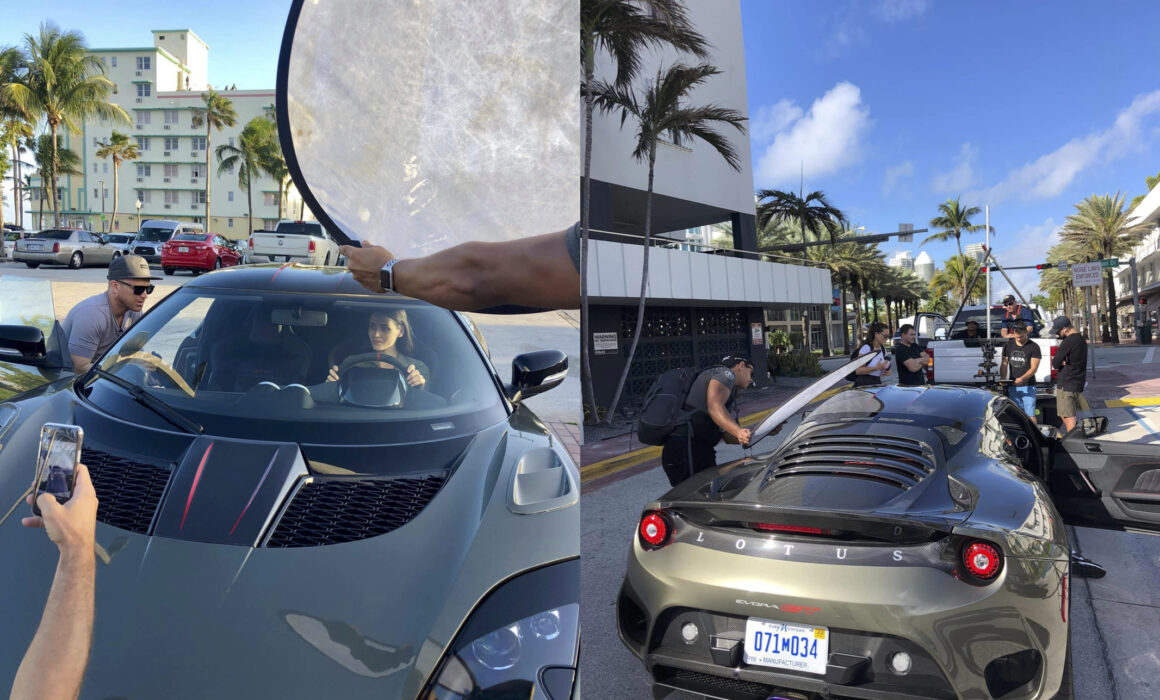 I worked with 2 amazing models from Next Management. I created for them camera-ready hair-makeup looks, kept them fresh and ready to go at all times during our shooting days.

About Lotus Cars: Lotus Cars Limited is a British automotive company that manufactures sports cars and racing cars with headquarters in Hethel, England. Lotus cars include the Esprit, Elan, Europa, Elise, Exige, Evora, and Evija sports cars and it had motor racing success with Team Lotus in Formula One.

VistaAerials flew me from Los Angeles and hired me as a Miami makeup artist. VistaAerials is a boutique company with an Empire State of mind. Over 10 years of experience and counting VistaAerials has worked on feature films and commercial work. With vast experience and knowledge, their company has what it takes for any project.

Our photographer, Tarek Reed is an editorial and commercial photographer, based in Boston and Miami. We have collaborated with Tarek before on many other successful fashion shoots in the past.


It was a pleasure to work with Lotus Cars and Vista Aerials on this project and hope to work with them again on another production as a key makeup artist. 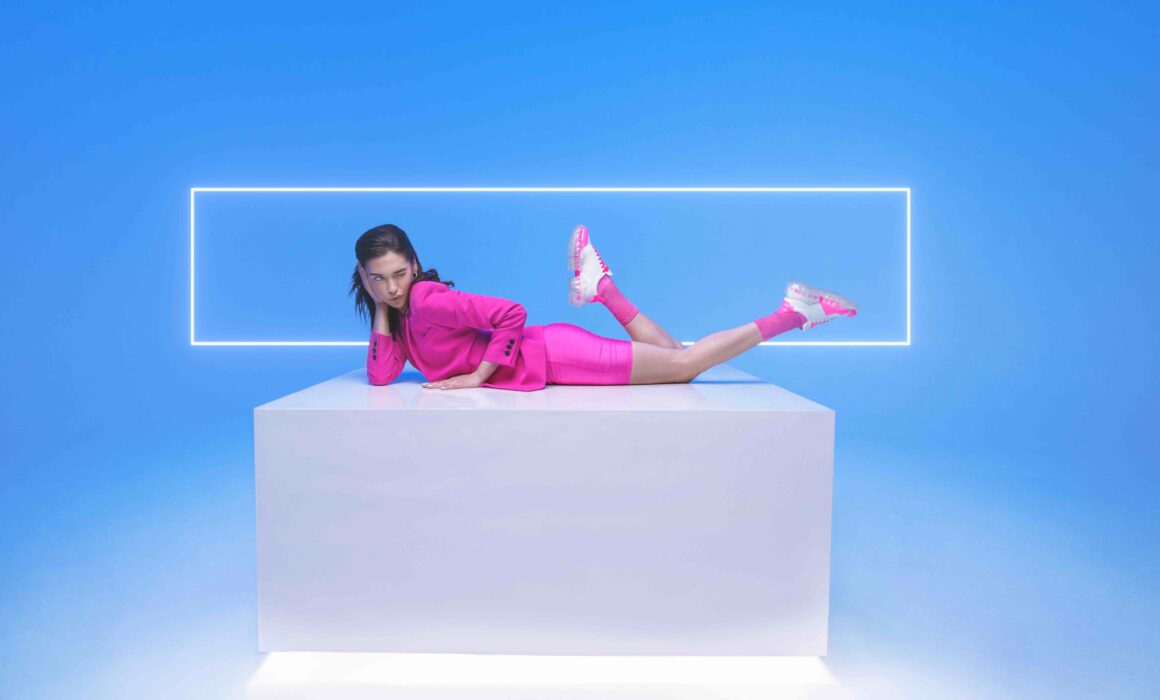 Jimmy Choo is a 21st-century luxury accessories brand, with shoes at its heart, offering an empowered sense of glamour and a playfully daring spirit. The sexy cut, fashionable design, and exceptional Italian craftsmanship struck a chord with a sophisticated clientele, and the first collection enjoyed immediate success. With a goal of creating a global luxury business, Jimmy Choo attracted outside investment and the company embarked on a significant expansion across product categories, channels and geographies.

About the creative agency, ThenWhat helps brands rapidly realize and scale their ideas from concept to consumer with a focus on brand strategy, content creation, elevated product, and innovative experiences.

As a celebrity makeup artist, I hope to work with this international team in the near future as it was an outstanding experience!